Tohoku University is well aware that its mission as a university in the center of the disaster area is to fully commit itself to recovery from the disaster.

As seeking to play a leading role in restoration Tohoku and in regeneration Japan, Tohoku University hopes to act as an engine and a driving force that will revitalize the Tohoku region and stimulate Japan.

To accomplish the aim, Tohoku University established a university-wide organization the Institute for Disaster Reconstruction and Regeneration Research -IDRRR- in April 2011, the aftermath of the disaster. The IDRRR is positioned to be strategically and university-widely engaged in research, education, and societal contribution, widely spread its activities to society and then put its achievements into practice.

It is our aim to make one-stop services available to contribute reconstruction visions and plans in cooperation with the government and ministerial agencies, local governments and citizens, and institutions and companies in Japan and abroad.

We have launched “Eight Projects,” and promoted and supported “Reconstruction Action100⁺” though flexible operation and university-wide cooperation in line with the three missions.

Creating a multidisciplinary center of excellence for post-disaster reconstruction 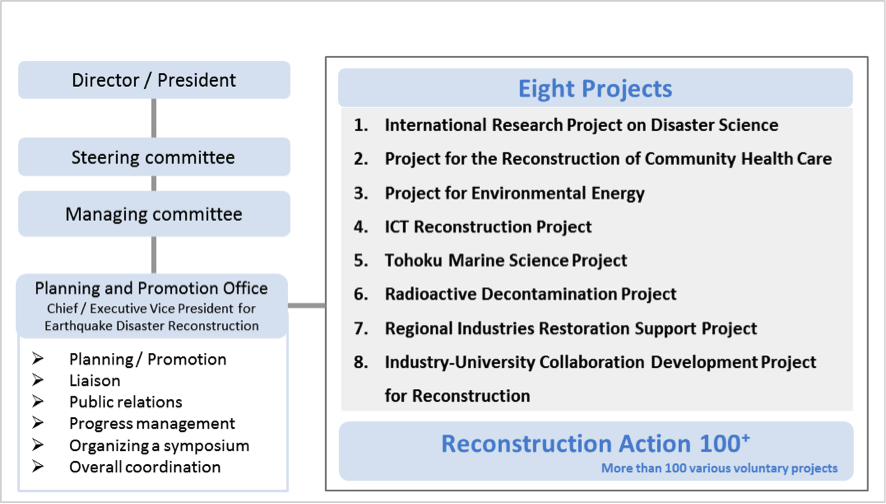